The Point Lookout Little League hosted the final event of the baseball season on Thursday August 30, 2012 with the annual old timers salute and all star game. The evening begins with an nostalgic introduction of past players for the Point Lookout League. All Star Players escorted the "old timers" onto the infield with each introduction.

The evening culmimated with the 2012 Point Lookout All Star Game. MVP players were selected to play from the Bulldogs, Chickens, Piranhas and the Sharks. 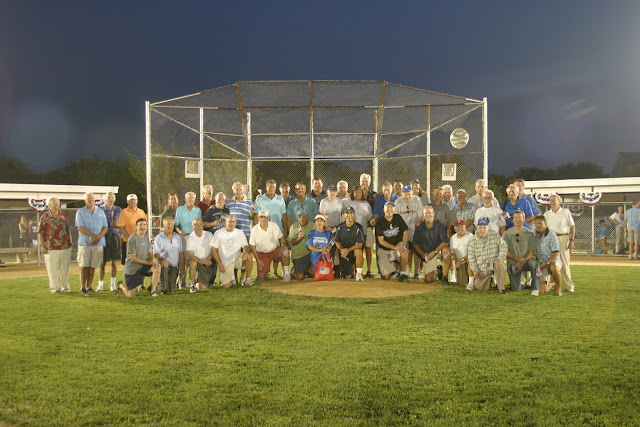 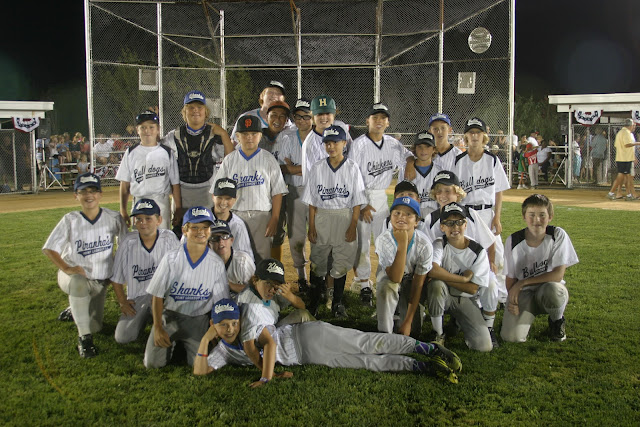 Posted by Point Lookout Chamber of Commerce at 11:32 AM No comments:

The parade stepped off at approximately 6:30 p.m. from the Point Lookout Ballfield and headed south to Ocean Blvd. before turning onto Parkside Drive and then up the main street of Lido Boulevard. The 2nd Battalion consists of seven Fire Departments in Nassau County: Baldwin, Freeport, Island Park, Long Beach, Oceanside, Point Lookout, Lido Beach and Atlantic Beach Rescue.

The annual 2nd Battalion Parade not only recognizes the volunteer service of the communities' first responders, but also the salutes their commitment and dedication to serving the public and keeping their communities safe.

After the parade, participants and spectators congregated at the Point Lookout Ballfield for a giant block party that featured international food, music, dancing and rides for the children.

The host town rotates every years, so Point Lookout will not see the 2nd Battalion Parade for another 6 years.
Posted by Point Lookout Chamber of Commerce at 9:23 PM No comments:

The Entrepreneurial Spirit is Indeed Alive and Well in Point Lookout, NY. 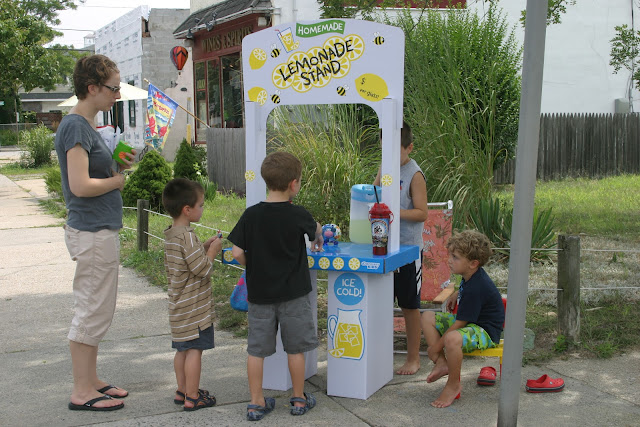 POINT LOOKOUT, NY -- We spotted an impromptu lemonade stand on the corner of Lido and Cedarhurst the otherday. If you think about the state of the country and the economy and these kids with the lemonade stand, perhaps it might bring you back to your childhood that may have involved not only a lemonade stand, but maybe handmade fishing lures or a lawn mowing service. After watching as several of the neighborhood kids joined the lemonade stand sales team, I realized that the entrepreneurial spirit is alive and well inside each one of us.

Over the last couple of years, we have all watched as big business has failed us. We have gotten away from the spirit that made America great. It was the small business. Those of us who own small businesses know that we are the grease on the wheel of the American economy. Yet it seems that those individuals on Wall Street who are largely responsible for this economic mess we are in, just wanted the quick buck at our expense with no concern for America. But that's another story.

Now back to the Lemonade stand, these kids were financing their venture from a piggy bank. They made all of the plans, they did all of the work, and they cleaned up all of the mess. I am sure we will see the stand pop up again from time to time on a street corner in Point Lookout. Maybe next time you see them, you will stop by and provide a little encouragement.

The entrepreneurial spirit is indeed alive and well in Point Lookout, NY.
Posted by Point Lookout Chamber of Commerce at 9:36 PM No comments: