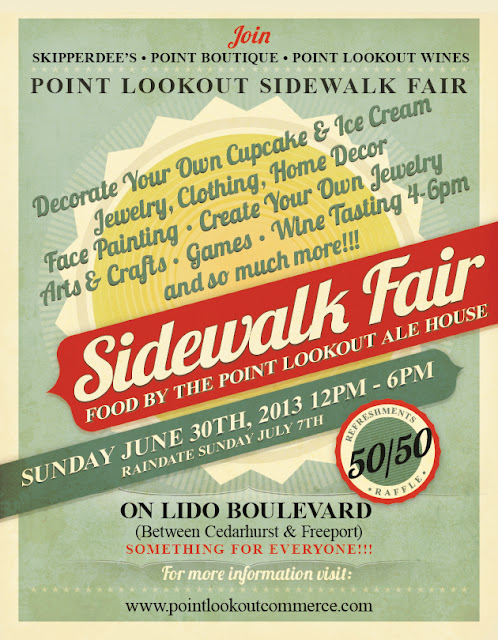 Skipperdee's - The Point Lookout Boutique & Point Lookout Wine & Spirits invite you to join us on Sunday June 30th from 12pm-6pm on Lido Boulevard between Cedarhurst and Freeport for our sidewalk fair. There will be activities for both children and adults. Food will be served by The Point Lookout Ale House. Rain date is Sunday July 7th. See you there!!!

POINT LOOKOUT, N.Y. (CBSNewYork) — They volunteer and save lives, and now firefighters on Long Island have asked communities to upgrade old, out-of-date firehouses.

But as CBS 2’s Carolyn Gusoff reported Monday, critics said some of the new firehouses are actually more like mansions.

The big, new firehouses are paid for with taxpayers’ dollars, cut some people have said they are over the top.

Many of the 126 Long Island fire districts have recently rebuilt — in the 30,000 square-foot range. Westhampton Beach just gave the nod to a $15 million doubling of its aging firehouse.

Some residents, grateful for the brave lifesaving work of volunteer firemen, have been questioning on the Internet why headquarters have to be so big.

“Why must LI have mansions as firehouses?”

“It’s not being ungrateful, but why is the firehouse the nicest house in town?”

The debate has fire officials in Point Lookout hoping there will not be a backlash. They’re asking for $7 million to replace firehouses built when ambulances were the size of vans and fire trucks had open backs.

Bigger apparatus, and mandates, mean firehouses have to be bigger. And fire officials said volunteers deserve some comforts.

“We want to offer some amenities for the guys when they’re hanging out — you know, big screen TV, a company room — but some of these big firehouses are, they’re huge,” said Lido and Point Lookout Fire Commissioner Chas Thompson.

And many residents said they don’t mind footing the bill.

“I trust that these guys know what they need, and they don’t think they would frivolously put something out there that we don’t need,” one resident said.

“The firemen deserve what they need to get the job done,” another said.

“The people who complain are not the people who get woken up at 3 in the morning to fight a fire,” a third said.

There is no gym in the Point Lookout firehouse plan – just showers and room for trucks to fight fires.

Fire officials said the $350 per year in taxes is still a bargain.

The vote on new firehouses in Point Lookout and Lido is set for July 9.
Posted by Point Lookout Chamber of Commerce at 9:20 PM No comments: 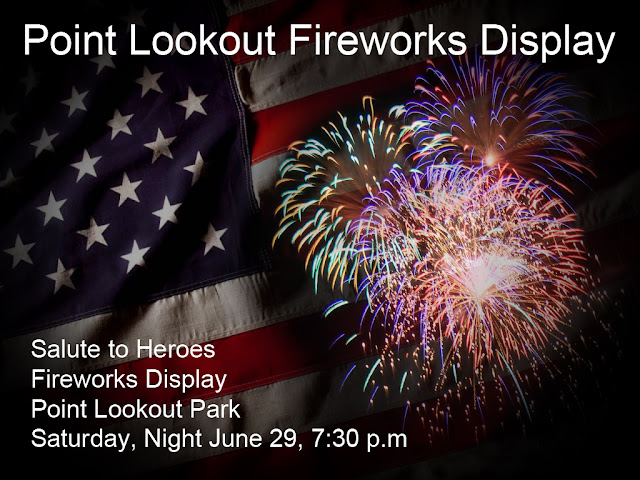 Supervisor Kate Murray invites all town residents to attend a stirring tribute to American Independence and the nation’s 237th birthday. Town Park Point Lookout is located at 1300 Lido Boulevard in Point Lookout at the foot of the Loop Parkway.  The park phone number is (516) 431-3900.  There is a rain date of Sunday, June 30th.

A down home, high powered, foot stompin’ style of music born from early Louisiana Creole with influences in the blues, R & B and even hip hop, Zydeco has become synonymous with fast tempo, fun times and feiry dance.  Buckwheat Zydeco has earned international acclaim throughout the music industry and has garnered much attention for appearances, on the David Letterman Show, with the Boston Pops and at the Summer Olympics.

“Hempstead Town will ignite this year’s Independence Celebration with a spectacular beach concert and fireworks show,” added Supervisor Murray.  “This will be a great night of FREE family entertainment and I invite everyone to arrive early, place their lawn chairs or blankets close to the stage, bring a picnic dinner and enjoy themselves before the show.”

The town celebration will begin with a tribute to several military veterans who have distinguished themselves in service to their country and their community.  Following the veteran’s tribute and concert, Bay Fireworks will brighten the night sky with a world-class fireworks display.

Spectators will enjoy viewing the vintage automobiles on display from several area car clubs as well as an impressive array of military vehicles and armored equipment from the 2nd Marines 25th Battalion of Garden City. There will also be a food stand on site serving up a tasty menu of concert treats.

For information on the beach show and the entire schedule of summer concerts, call the Town of Hempstead Department of Parks and Recreation at 292-9000, ext. 382, or visit the Point Lookout Chamber web site at http://www.pointlookoutcommerce.com